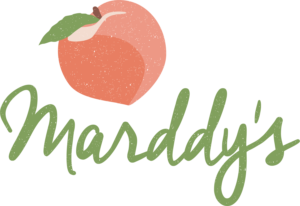 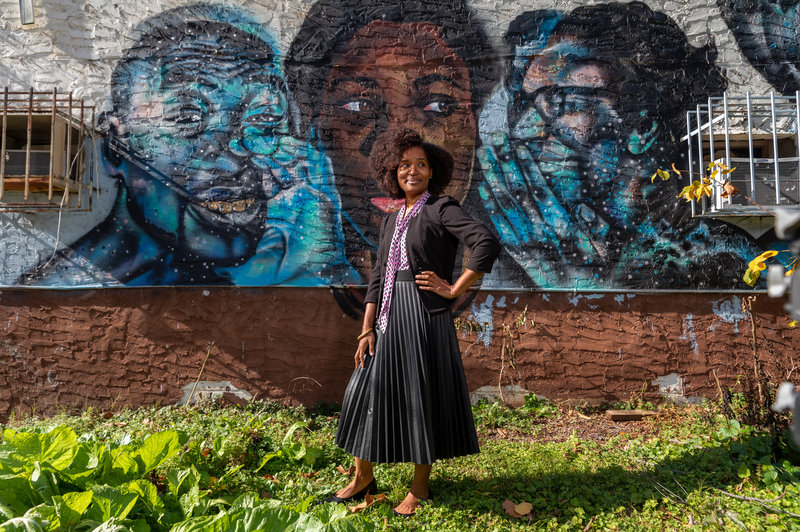 By Debbie Elliot for NPR

Entrepreneur Keitra Bates stands in a gleaming glass-front retail shop in a new development on the south side of Atlanta.

“We’re looking at almost 2,000-sq-ft. of raw space,” she says, pointing out the floor-to-ceiling windows that face onto Atlanta’s popular Beltline, railways converted to trails and parks encircling the city.

This will soon be the second location for a business she started called Marddy’s — short for Market Buddies, a shared kitchen where home cooks can prepare their goods, and collectively market them.

Her dream began at a far less glamorous spot in a long-neglected neighborhood west of downtown.

“When I was first standing outside with no keys on Fair Street and a boarded-up door, I would not have guessed this,” Bates says.

“This place is proof that you can save yourself,” she says.

Like many Black-owned businesses, the pandemic had the Atlanta food entrepreneur wondering if her fledgling shared commercial kitchen would survive. Looking back a year later, she says it meant getting creative and doubling-down on her mission of connecting with other Black entrepreneurs in order to thrive, and grow her business.

Bates plans to open a second Marddy’s in the new development called Pittsburgh Yards, which is specifically designed to address the obstacles facing Black entrepreneurs.Lynsey Weatherspoon for NPR

She acknowledges it’s a big step opening this second location at the new Pittsburgh Yards development.Article continues after sponsor message

“There’s no hiding,” she says. “Everything that we say that we are, people can kind of peek in and see, like, are they really making those pies? Yeah, we’re really making the pies.”

Black-owned small businesses have long faced difficult odds whether it’s access to financial capital, or discrimination in contracting. Now, the pandemic has hit them the hardest, according to a study by the National Bureau of Economic Research, which found that Black businesses closed at more than twice the rate of white-owned businesses in early 2020.

Preserving The Flavor Of An Atlanta Neighborhood

The idea is to create an affordable environment for African American businesses to nurture one another, says Erika Smith with the Annie E. Casey Foundation, (which also sponsors NPR). Smith says Atlanta’s Beltline is an economic generator, but has also fueled gentrification.

“We are realizing in communities where the Beltline is developed, it’s increased the cost of rents for residents and commercial businesses,” Smith says. “So part of the strategy is how can we leverage a physical space like Pittsburgh Yards to also satisfy that business displacement issue.”

Bates was priced out of her pizzeria in west Atlanta when her landlord raised the rent. She noticed other Black entrepreneurs were also being priced out, which was part of her inspiration to start Marddy’s.Lynsey Weatherspoon for NPR

“They have a right to survive”

That’s Keitra Bates story. She ran a pizzeria in west Atlanta until revitalization attracted a new landlord who raised her rent. She couldn’t afford to stay open. And she saw other Black-owned businesses priced out as well, closing what had been venues where local home cooks could sell their breads, sauces and pies. She calls them hidden entrepreneurs in danger of being ghosted, along with the traditional flavors of the neighborhood.

Bates is one of the Americans NPR has been following as part of our Kitchen Table Conversations, which started four years ago.

“These people have created a business with their talent and they have a right to survive,” Bates told NPR in 2019 after she got Marddy’s up and running. “Just because there’s new money coming in doesn’t mean that their business should get snuffed out.”

Bates, who is 47, has worked to grow a catering business, aggregating the products her vendors make. About a dozen now use Marddy’s shared kitchen, making products including spices, flavored nuts, and vegan cheese sauce.

People enjoy the warm weather on the Beltline in Atlanta on May 1, 2020, shortly after the state’s shelter-in-place order expired.John Bazemore/AP

One of them is Georgette Reynolds, who has a company called Juiced Up.

“Everyone calls me Gigi or the Juice Lady,” she says.

She and a couple of helpers are pressing pineapple chunks through a commercial juicing machine. Bottles are set up in an assembly line on a stainless-steel work table.

Reynolds started making healthy juices to help her ailing father and autistic son but soon her gym partners were placing orders. As word of mouth spread, she couldn’t keep up with demand. Now Marddy’s gives her that capacity.

“Being able to have the space when I need to fill these orders is a big help,” Reynolds says.

It also allows for the flexibility she needs to care for her 7-year-old son who is learning to press juice.

“He loves the juicing and the sound and the cause and the effect of the process, she says.

Local entrepreneurs need one another

He’s also a great salesman, asking people, “Have you been juiced up?”

Like Reynolds, Bates is also a mother. She and her husband, Kevin, a graphic artist and music producer, have five kids. She says she wants to show them what’s possible.

Reflecting on the ups and downs of the last year, she says it made her realize how much local entrepreneurs need one another.

“This whole period from the spring [2020] to now has made people a lot more collaborative and a lot more creative with approaching business,” Bates says.

During shelter-in-place, she says, things were tense.

“All of our business stopped, like everything,” Bates says. “We had cancellations for catering.”

Then, opportunity came when an urban farmer who works with local schools called, concerned that students were going hungry in the shut-down. Initially, she says, there was interest in one of the vendors who produces a boxed lunch.

“But the more we talked, we realized like, ‘hey, you have a whole field of collard greens and kale that the children have been growing. So how about we cook it?’ “

With the help of donors, Marddy’s vendors prepared free family meals using the students’ harvest, and surplus bought from area farmers who had lost restaurant business.

“That’s been the most exciting, full-circle moment of running this business is being able to connect to farmers, to be a part of children knowing that they are feeding themselves and their community,” Bates says. “Because that is empowering in ways that no free lunch could ever be.”

Marddy’s narrow storefront has a rich history as the location of Leila’s Dinette, run by another noted Black food entrepreneur in Atlanta – Leila Williams, who fed leaders of the civil rights movement.

Bates stands inside of the new location of Marddy’s at Pittsburg Yards in December. Her ultimate mission is to create a bridge to economic inclusion for people from marginalized communities.Lynsey Weatherspoon for NPR

Create a bridge to economic inclusion

Bates says her ultimate mission is to build on that legacy, and create a bridge to economic inclusion for people from marginalized communities. And she’s found that with both the pandemic, and the broader push for racial justice, people are being more deliberate about how they spend their money.

“People who are changing their habits in their decision making,” Bates says. “That’s real change to me.”

She’s been able to tap institutional and corporate resources as well, including technical assistance for her website from Home Depot, and support from nearby HBCU Morehouse College. In addition to opening a second location at Pittsburgh Yards, she’s working to place Marddy’s fresh food vending machines around town – a contactless mini-market concept.

The past year has also seen Bates, and her co-worker, Timothy Dobbins, survive an attempted carjacking as they were heading out on a catering job. A man shot at the car, shattering a window. It was traumatic, she says. Yet after they filed the police report, they didn’t go home.

“We still had an order to deliver,” she says.

It’s something she’s been analyzing ever since.

“This is what it’s like to be Black in America,” Bates says. “Where I felt compelled to finish the job because I had already started it. And what’s going to happen if I go home and cry? I think so many of us think this way. I know for sure my grandmother thought this way — that we don’t have the luxury to fall apart.”

Bates says she’s trying to grant herself a little more grace these days even as she works to grow her small business.